When looking into buying or renting lenses there are a lot of different acronyms that may be confusing.  Let your confusion go no longer!


EF – Lenses that have these letters can mount to all EOS film and digital cameras.  EF stands for “Electro-Focus”: automatic focusing on EF lenses is handled by a dedicated electric motor built into the lens. EFS – These lenses were created specifically for all half frame sensor DSLR’s.  The “S” in EF-S stands for “short back focus”, which means that the rear element of the lens is closer to the image sensor than on regular 35 mm SLR cameras. The proximity of the rear element to the image sensor greatly enhances the possibilities for wide angle and very wide angle lenses, enabling them to be made smaller, lighter (containing less glass), faster (larger aperture) and less expensive. Most current Canon EF-S lenses are wide angle.  Attempting to mount an EF-s lens on a full frame Canon EF mount cameras would cause the mirror to collide with the rear lens element, potentially damaging the lens and/or camera.
. AF – Auto focus.  This feature is available on all Canon lenses except for MP-E 65, which is an extreme macro lens, and all Tilt Shift lenses.  Autofocus lenses focus fully automatic or on a manually selected point or area. 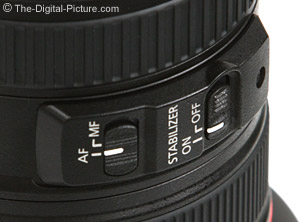 IS – Image Stabilization.  On Nikon it’s VR for Vibration Reduction.  A function on your camera you can turn on or off to help obtain a sharper image with a handheld camera.
IS turned on: 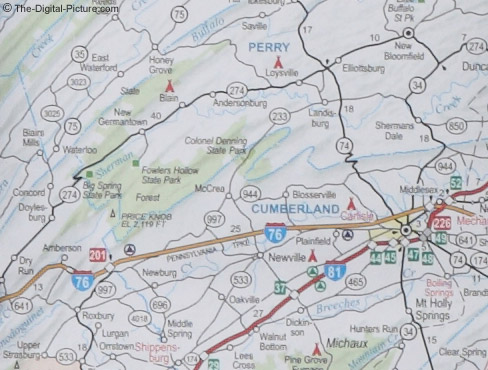 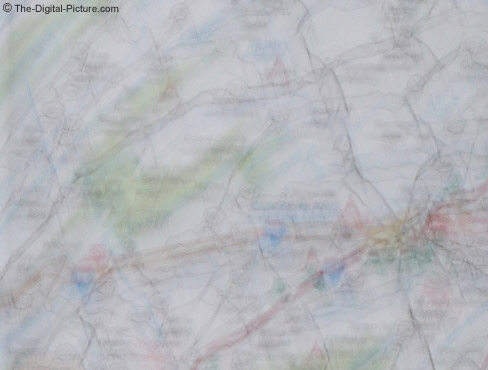 
L – Luxury.  Nikon’s do not categorize their lenses like this however Nikon’s very high end lenses have a gold ring around it although there is no term like “L” that sets their lenses apart from one another.  There are only about a dozen lenses that have the gold ring.  The Canon L-Series lens is always distinguished by the Luxury red ring.  L-lenses have superior optical performance and are typically built with a solid construction to withstand constant use and harsh conditions Most recent L lenses have sealing to help resist dust and water. L-lenses are typically used by professionals and serious amateurs due to their high price and large mass.


Macro – A lens used for close up photography.  The classical definition is that the image projected on the sensor or film is close to the same size as the subject.


Wide Angle – Wide angle lenses are all lenses with a focal length less than 50 mm.  Like the 18mm lens.


Normal – that would be a 50 mm lens but nobody really says normal.

On Nikon it’s PC-E for Perspective Control.  “Tilt-shift” actually encompasses two different types of movements: rotation of the lens plane relative to the image plane, called tilt, and movement of the lens parallel to the image plane, called shift. Tilt is used to control the orientation of the plane of focus (PoF), and hence the part of an image that appears sharp. Shift is used to adjust the position of the subject in the image area without moving the camera back; this is often helpful in avoiding the convergence of parallel lines, as when photographing tall buildings.

Prime Lens – Lenses with a single focal lengh.  Opposite of zoom. 50mm, 85 mm.  These lenses tend to be faster, sharper, and lighter because the lens doesn’t have to think as much as they do with a zoom.

Then you can mix and match.  Like a Wide Angle Zoom lens would be 16-35mm.


Hope this helps and let me know if you have any questions!

« The Fundamentals of Posing – Video